This post has been published at Indiegogo campaign on February 1, 2015.

Well, a short introductory January season is over.

Congratulations to the user trobro who managed to score unbelievable 6634 points! By programming a simple, yet effective tactic of blocking an exit by virtually immovable, but very well-protected "towers" with ranged attack, he showed how effective an extreme defensive strategy can be in dead-end rooms with only one exit, and how important strategically such rooms will be in the online Screeps universe.

Take a look at the replay of that record-breaking game: 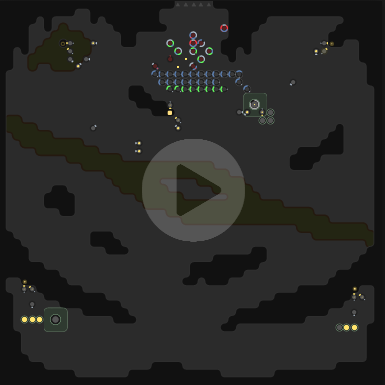 In the coming February season, those who want to compete for the Survival rank will be challenged in a new, more difficult map with two exits. And there a small tactic puzzle will be waiting for you: two sources in the center of the map, available only from one square. Optimal mining of these sources will require a high-level harvester, and we are looking forward to see what tactic (and its successful programming) will win this season! 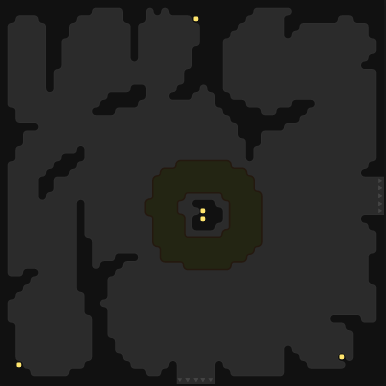 Good luck, and have fun scripting!

But enough about Survival modes for now. In the following updates, we will tell you about interesting game mechanics that are absent in the single-player mode but will be central to the game for development in a shared world. Stay tuned!