This post has been published at Indiegogo campaign on February 19, 2015.

In this update we will talk about game mechanics of the open world that will be crucial to the game balance of the multiplayer mode.

There will be many rooms in the Screeps universe. At the start of the Early Preview, the world will be confined into roughly 50x50 rooms (i.e. 2500 rooms totally). Eventually this amount will be increased manyfold, and by the release date, by tens of times. This is a huge amount already, but still we are often asked: what if there appears a single ultimate AI that will capture the entire game world and kill the game for everybody else? To avoid such a scenario, we have envisaged a special balance mechaniс that is now absent in the Survival mode. Here is the idea.

Each room will have a special object dubbed Room Controller (RC) – an invincible structure impossible to destroy, but possible to capture. The RC owner is proclaimed owner of the room and can build his or her own buildings in it. No new structure can be built in a room without owning its RC first. Also, the icon of this player will be displayed for this room on the world map.

A neutral (with no owner) RC can be captured by any creep using the command creep.claimController(). Then the RC instantly comes under your control, and you can start building simple structures. 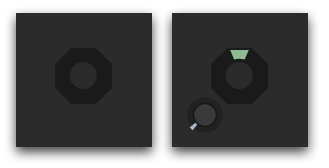 However, in order to build, say, an extension or a second spawn, you will need to upgrade your RC to the next level. It is done the same way as the building of structures – you will need a working creep with body parts WORK and CARRY which must consequently apply the command creep.upgradeController() to the RC by utilizing energy. Having upgraded the RC level (RCL) to 2, you can build up to 3 extensions per room. RCL 4 allows building 12 extensions and a second spawn. The highest RCL 8 allows building up to 25 extensions and 3 spawns. Besides, high RC levels will unlock more new building and features, and there will be more bonuses as well. For example, the ramparts maximum hits also depend on the RCL.

Note that the amount of energy required for upgrade grows exponentially. Upgrading to the RCL 2 takes hours, to the RCL8, days. High-level rooms with advanced infrastructure capable of building powerful creeps with high performance will prove to be a real treasure for a player, but not easy to achieve.

And here we arrive at the second parallel concept which is even more important.

Each energy unit that is spent on upgrading any of your RCs raises not only the local RCL, but the whole Global Control Level (GCL) as well. GCL is a characteristic not of a room but your account as a whole. The RCs may be attacked, downgraded, and re-captured, while the GCL cannot be decreased, and it is saved to your account forever even after all your rooms are captured, buildings destroyed, and you even stopped playing. 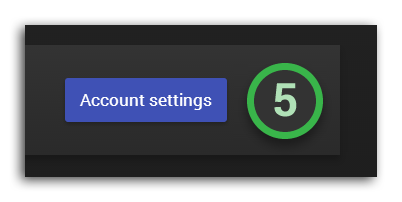 GCL is required to capture rooms. In the beginning of the game, your GCL equals 1 which means that you can own only one room in your domain. As the RCL of this initial room reaches a certain level, your GCL raises to 2 – and you can now claimController() in the new room. Now developing both of your RCs will give you a GCL increase until it is 3, etc. The amount of energy required for the GCL increase grows exponentially as well.

Even having lost to foes all your rooms or structures (or in any time as you wish) you can respawn and rebuild your first spawn from scratch at any vacant spot on the world map. And since your GCL is stored at your account, you can quickly regain your former influence in the new place, because you have already qualified for capturing as many rooms as your GCL allows. Certainly, you will have to develop your room levels and restore all the infrastructure, but now it will take much less time than developing your GCL.

Therefore, firstly, you should not worry because of temporary loss in the game (as in many other games of this kind, Screeps have a "losing is fun" rule). Secondly, no single player will ever be able to capture the entire game world or even its larger part. Though each of them will strive for maximum area coverage and influence, it will always be fun to compete!