This post has been published at Indiegogo campaign on March 1, 2015.

The February 2015 season is over. Congratulations to user ANDMAN for the first place and 6274 points!

For the next season, we have prepared a brand new map with an interesting new feature. As has always been the case, there are 5 sources on the map, but 3 of them are now protected by special NPCs called Source Keepers. Though they are extremely lazy, their lairs are very close to the source, so your creeps will have to face and fight them to access the sources. 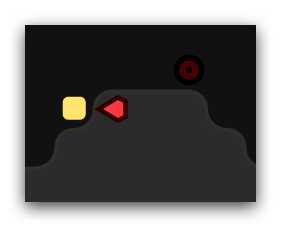 Such mechanic will appear in the online version too – in all rooms with more than 2 sources. So, even deep in your homefront, far from your domain borders, you will still have to figure out how to protect your workers.

This month, we have started deploying our infrastructure based on the Amazon AWS cloud hosting. It will allow us to flexibly adapt to any number of players and their scripts executed on the server. In order to test the load, we have increased the maximum CPU allowed to all the players 3 times, so now your script can use up to 300 CPU. If you could not implement your ideas due to lack of CPU before, now it is the time!