This post has been published at Indiegogo campaign on March 24, 2015.

We are happily announce that we have just launched a new game mode – Arena. It's not a full-fledged MMO yet, but still a pretty real multiplayer!

The Arena features a confined space with 3x3 rooms with working passages between them. There are no spawns, structures, and base development in this mode. Instead, each player has only 4 immortal creep-gladiators that keep constantly respawning in portals after they die. Your goal is to find and mine energy lying on the ground in the rooms and carry it back to the portals. Each unit of energy carried to the portals adds points to your leaderboard record. And since all the players play simultaneously on a shared Arena map, you will have to do it quicker than everybody else so that enemy creeps can't deprive yours of energy. 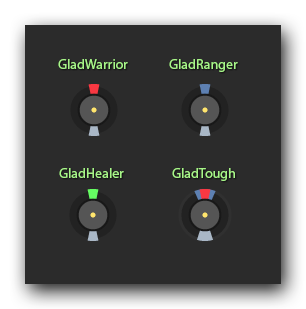 The Arena Mode is the last stage of testing server multiplayer capacity before the launch of the real World Mode.

Unlike the Survival Mode, your creeps live and operate in the arena on the 24/7 basis, that's why we have limited access to the arena only to the Indigogo backers. Soon you will receive an activation code at your email used for signing up on Indiegogo. Use this code upon your first access to the Arena.